In this post, I’m going to show you how a 27-year old entrepreneur from Brisbane, Australia, is making $5000-$8000 a month growing his movie and TV soundtrack website, What-Song.com 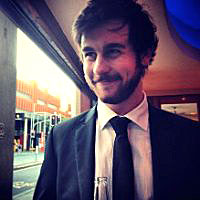 When Tom set out to build his now successful movie and TV music website, he had no clue about most of the skills required to build an online property.

He had no programming skills.

Didn’t know how to drive traffic.

Didn’t know how to generate revenue for his website (if the site ever took off).

8 years back, he was 19, in college, majoring in Finance.

When he’d take time off from his studies and turned to entertainment, he’d hear a lot of great music from film and TV shows that he wanted to listen to it again, but he couldn’t find any easy online resources for the soundtracks.

He was spending long, frustrating hours on Google, hunting down the music he wanted.

He said to himself:

“What if I make a site that acts like a one-stop station where everyone can access the latest film and TV show songs? That would be awesome, right?”

This November he hit 1.53 million.

He monetizes What-Song through AdSense, Amazon affiliates, and iTuness affiliates.

According to Tom, AdSense accounts for around 50% of his traffic while iTunes and Amazon account for 30% and 20% respectively, though this has been changing lately as Amazon seems to continue to surge each month (as the holiday season is approaching), where iTunes has been dropping off slightly.

In this post, I’m going to share with you how Tom grew his little site into a sustainable business… part time.

Here is How it All Got Started…

Tom says that when he started What-Song.com, he had no specific business goals.

He started the site because for one, he loves film and music, and for another, he wanted to learn programming.

Why not set up a film and music site to practice his programming?

It was Tom’s initial intent to use the site to learn how to code.

Tom recalled that he was always struggling with coding and had to pay small fees to cheap coders to help him break through coding challenges – a lot. 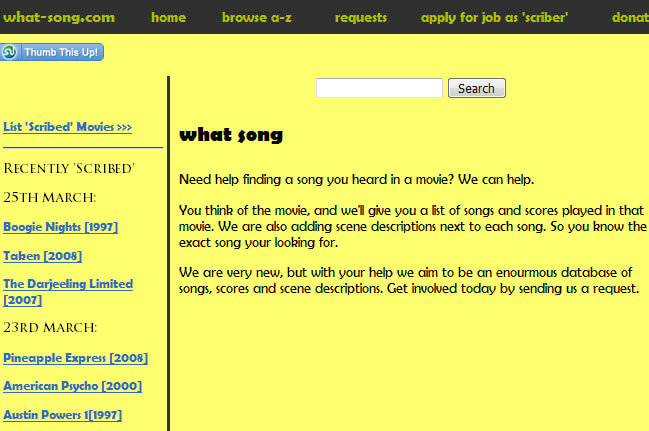 A few months later, he had compiled 150 movies and a couple thousands songs on the site.

After months of work adding to his database, he realized he had one big problem:

No one visited his site… except himself and his mother.

Tom built a site that no one was using… that was demoralising.

So he abandoned the site.

A year later, after graduation from college, Tom decided to go back to the site he had deserted, that was doing nothing more than collecting digital dust.

He decided to teach himself SEO (Search Engine Optimization) to see if he could get the site going again.

Back in 2009, marketers had fewer options to grow traffic than today’s marketers have at their disposal.

Since Tom had no money to pay for traffic, SEO was the only traffic source that made sense.

He spent all his energy applying SEO techniques he learned from reading online.

After almost 6 months of hard work, Tom started to see some progress. He saw some of the inner pages he wanted to rank for slowly rising in Google search results.

That year, he concentrated on optimizing his site for Google.

He monitored, researched, and built links on his site to rank for his desired search terms.

The SEO Techniques to Outrank Amazon and iMDB

From there onward, Tom built What-Song.com entirely around Google ranking.

As Tom’s SEO skills grew, he began to see that it was possible for his small site to outrank most of his competitors, including giant sites like iMDB and Amazon, in some of the popular search terms.

Go for the long-tails.

Long-tail keywords are 2-4 word phrases that nail what people are looking for, creating a search entry from the searcher’s point of view.

For a lot of these search terms, the competition was virtually non-existent and super easy to rank for.

Though by itself, each long-tail key phrase doesn’t bring in a lot of traffic, the combination of many long-tails can lead to a large volume of both unique and repeat of visitors.

Tom has been generous enough to share with GrowthText readers his second SEO secret:

Tom told me that if he can be the first to publish when a new movie is released, then he can really have a chance to capitalize and cement a top spot.

For example, his page with the key phrase “Deadpool Soundtrack” reached Google’s number one position right after the movie premiered. 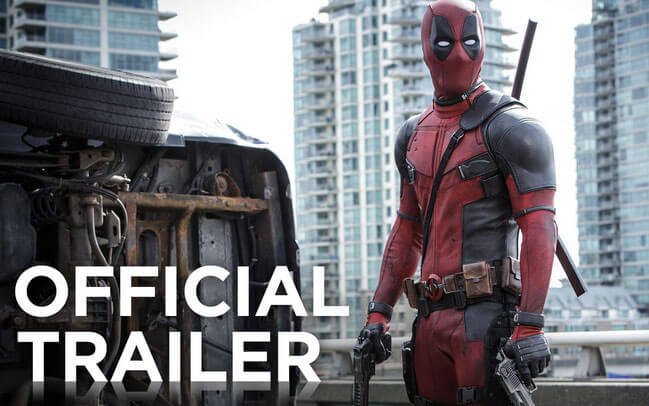 That single page was visited 1 million times within a 2-week period before the traffic gradually slowed down.

All he did to rank the page was to make sure the on-page SEO was taken care of, and he pointed to the page with a couple of links on his social media accounts.

When What-Song.com starting making money, Tom reinvested most of the revenue back into site development.

He began by hiring a back-end developer to take care of the technical stuff that makes a web site work, like site search, cool navigation features, an online community for the site, and more.

Tom built his site in increments to keep expenses low.

In the early years of What-Song.com, judging from his users’ feedback, he knew he had a site that people loved to revisit to find the songs/soundtrack of a movie they had just watched.

When a popular movie or TV program is released, his site traffic usually spikes for days. That’s a strong indication that people are searching for what his site provides. 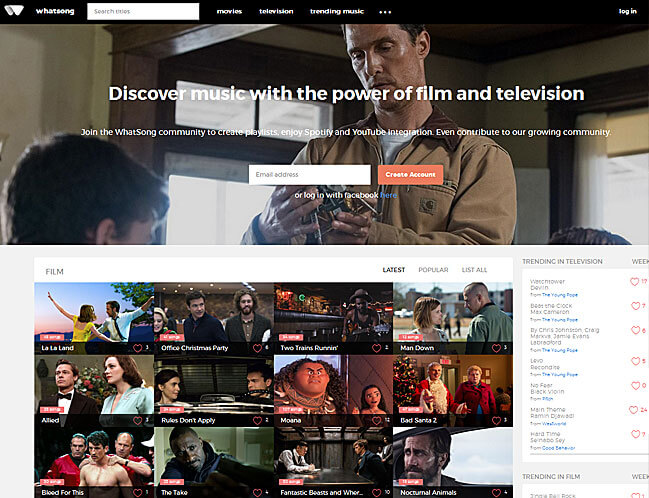 As the website is becoming more and more profitable, Tom can afford to hire better site developers.

Today, Tom has 2 professional contractors working on What-Song.com and the 2nd version of its web app.

For those who are tech savvy and interested, Tom and his team are using the MERN stack for version 2 of the What-Song.com app – it’s lighter than the Angular framework he used in the previous version.

As you can see, Tom began as a self-taught programmer and with patience and perseverance, took his little site that was only meant as a place to run coding experiments to a popular brand in the movie and TV show music niche.

He currently has around a 15% affiliate click through rate. Many of those who click through make a purchase and Tom profits from the commissions.

Along the way, Tom set up 2 AdSense units on each page to supplement his affiliate income, and the revenue from the AdSense gradually began to climb.

At the time of this writing, Tom’s AdSense revenue is twice that of the iTunes and Amazon affiliate commissions combined.

It’s a very stable income because he provides not only timely, trendy products, but products that are evergreen: so long as there are new movies and TV shows hitting the market, the soundtracks will be searched for; heck, even old soundtracks are popular and searched for.

What-Song.com averages around 1.35 million visitors a month, and the site continues to grow as Tom continues to launch new features to his site like a recent upgrade where his team added YouTube and Spotify integration.

When he first started, Tom never expected to make money with his site. It was just a place for him to learn coding, and provide a go-to for new soundtracks.

But because he loved what he was doing, he kept pushing himself to improve and upgrade the site for better user experience.

And to learn the required skills to bring visitors to the site.

As I interviewed Tom, he told me that for him, revenue has always been low on his priority list.

What he really cares about is building something that he personally would want to use and share it with others who are looking for the same thing.

Obviously, revenue is necessary to keep the site growing.

But his philosophy is this: money is always a direct consequence of the value his site can offer to its users.

If the site provides value, and people are happy using it, they will keep coming back for more and recommend it to others.

All you should do is focus on building something people will find value in using, and money will follow.

Tom’s vision is to turn What-Song.com into a complete music discovery site.

He wants to add features that allow users to build their own playlist, playback music, and make suggestions. Also, 3rd party music integration is one of Tom’s business priorities for 2017.

When I asked Tom if there is any advice he’d like to share with Growthtext readers, here is what he said:

“Patience and perseverance are your most important assets when building something for yourself and others.

When you have a product that you honestly believe people will use, stick to it and push through the challenges. But always remember, keep your expenses low when you are starting out so that when an idea is not working, you still have the resources to make a change.

I hope you got value out of what you have learned reading Tom’s story.

If you have any questions for Tom, you can ask below in the comments; I’ll get Tom to share his thoughts.