Today, I’m going to show you how a growth hacker gamed the Reddit algorithm and made herself 5 figures within 3 days launching her natural soap business.

I promise, this post is going to open your mind to new possibilities.

So, keep on reading… 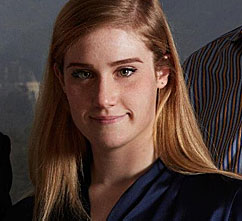 Chloe is a growth hacker and business owner.

As I’m writing this, Chloe is Growth and Front End Development at Teespring.

Besides growth hacking for clients, she runs a couple side businesses of her own.

One of them is SavonBody – a business that sells natural soaps.

In this post, I’m going to share with you how Chloe launched her business on Reddit and made herself five-figures in the first 36 hours of launch… while spending little to NO money on marketing.

Here is How it All Began…

Chloe was bothered by sensitive skin from a very young age.

The soaps available on the market contained chemicals and harsh fragrance enhancements that irritated her skin making her little life miserable.

To help her daughter, Chloe’s mother set out to make soaps that were natural and fragrance free and Chloe joined in the fun.

Here is one in action: 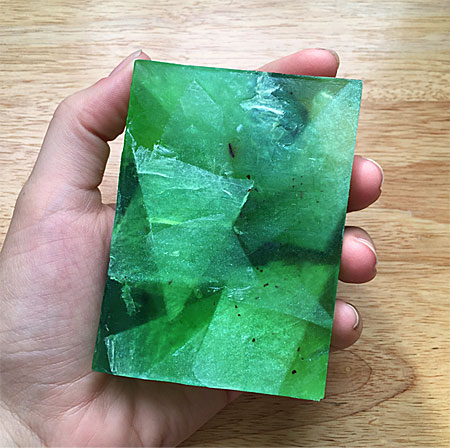 The soaps formulated by her mom are awesome.

They not only help Chloe with her skin problem, but over the years, friends and family became huge fans of the soaps her mom produces.

During 10 years of research and experiment, Chloe and her mom developed 300 plus natural soap formulas with 181 different luxury glycerine soap bars.

In December 2015, Chloe saw the opportunity to turn her mom’s years of experience into a business. They decided to take their soaps to the market.

Chloe and her mom launched SavonBody – A bath & body company with a soap subscription box.

Their offer: Every month, subscribers get to surprise themselves with two curated full-sized luxury glycerine soap bars nicely packaged and delivered in a box.

With a small investment of $400 to kick start their business, Chloe didn’t have much left to spend on marketing after spending money on raw materials, packaging, and web design plus hosting.

She was looking for a way to kick start her business by making her soaps go viral.

Chloe thought that if she could impress a couple people on Reddit with her story, chances were the story would be shared with many, many redditors… and hit a homerun on Reddit.

If that happened, the amount of traffic — and awareness — would be incredible.

The next question was, how to make it happen?

Side note: I’m not going to spend too much time explaining how Reddit works.

If you are totally new to Reddit, and want to learn how the site works, you may hop over to my Reddit traffic guide.

I spent time going into the details on the post to cover the basics.

On Reddit, a user can submit link posts. Example of a link submission:

When the link is clicked on, you are redirected to the link’s destination page.

Want to win the clicks?

Spend time on the title of your link post.

The wording of your title is the only weapon you own to grab reader attention.

As a growth hacker herself, Chloe fully understands that.

Before Chloe dropped her link post, she spent a lot of time researching how others in her market crafted their titles.

She manually searched through Reddit for any posts related to soaps, bath and spa, aromatherapy, and skincare products.

She also studied other high-performing posts outside of her niche that had more than a thousand upvotes.

She was trying to find out if there is a success pattern in those titles that she can replicate.

Apart from doing her research on Reddit by hand, she used RedditList to accelerate research.

RedditList is a site that shows daily rankings and statistics for the most popular subreddits.

By using this site research goes so much faster, quickly finding what’s working in different subreddits.

A Winning Title Formula Was Discovered

After some intensive research, she noticed most popular posts on Reddit include the following elements in the link post titles:

Through her research, she also discovered these posts didn’t link to an external website; instead they are mostly linked to an Imgur photo album.

The albums mostly consist of photos with amateurish feel that gives the viewer a feeling that they are non-commercial, posted by regular guys just to share what they have.

Let me show you an example

This post was made just 2 months ago on Reddit by a renter who was fed up with her dingy, dirty-looking apartment kitchen.

The title plays right in to a reader’s curiosity.

In most people’s view, a kitchen makeover costs way more than $100 and definitely can’t be done in just 2-weekends.

The title is intriguing, playing right into the psychology angle, making most people want to click to find out more, even if they are not immediately interested in upgrading their kitchen.

Just like a lot of other popular posts on Reddit, the title includes those 4 success elements in it. 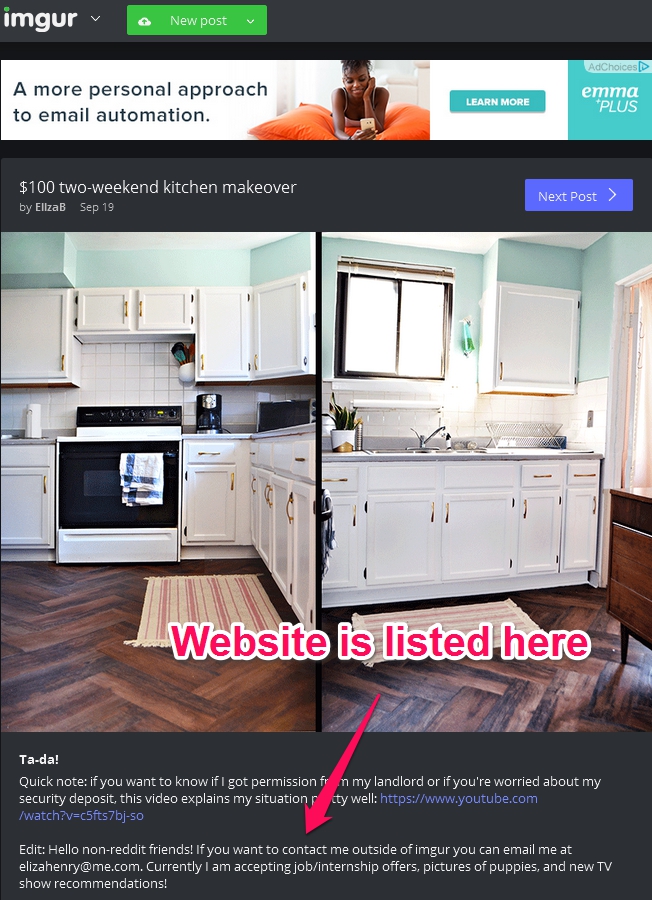 The first picture on the album is a picture of the kitchen after it was renovated.

Also, if you scroll down on the Imgur album, you will see other photos show-casing how the kitchen look like before it was done.

The album tells stories of how she chose flooring material, decided what materials she needed or could do without, and shares some of the behind the scenes planning for the renovation.

The poster announces her contact information and website link in the caption section. If someone wants to get in touch or view the web site, they’re just a fast click away.

If you scroll down to the end of the Imgur page, it shows that as of today, the album has been viewed more than 700,000 times! 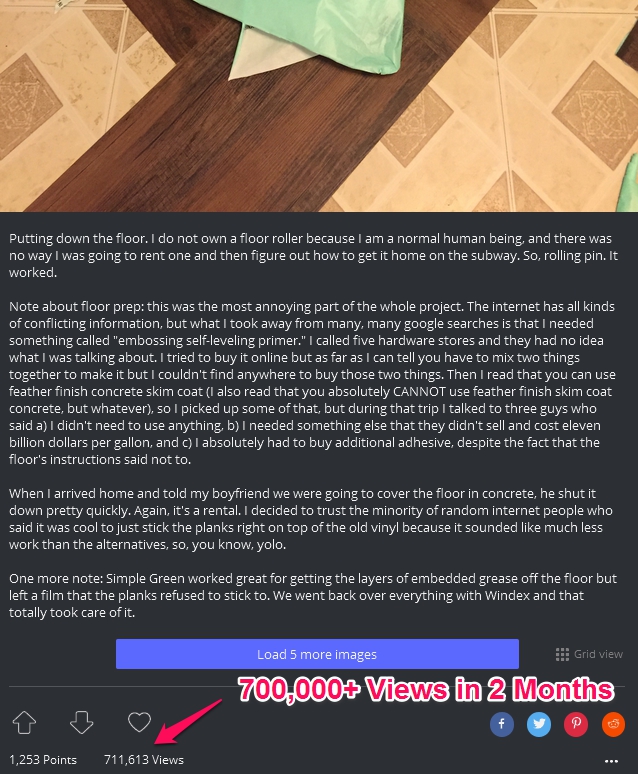 Let’s just assume the page converts 30% of the viewers to the poster’s website, that’s more than 200,000 visitors in 2 months.

With the understanding of how the game is played, Chloe started to craft her post title.

Here is what she came out with:

When I was a kid, I got a soap making kit, and now 20 years later, I’ve started a soap company.

She was making those 4 success elements to come together in her title.

• The story: I got a soap making kit
• Timeline: and now 20 years later
• Place/story: I’ve started a soap company
• Shocking/emotional: when I was a kid

As Chloe already has an active Instagram account for her soap products, she picked a couple images with the highest engagement for her Imgur photo album.

She mixed those photos in with a couple of amateur action shots to try to keep a balance between professional and regular, everyday guy look.

She didn’t link back to her site, not even on Imgur, as she believed that if she linked her images to her site, Reddit would get mad because they would have seen it as advertising.

She felt that by letting the redditors find her site, her post would have a less promotional feel.

She just made sure they could see the logo in the pics on her Imgur page and let them Google to find her site. 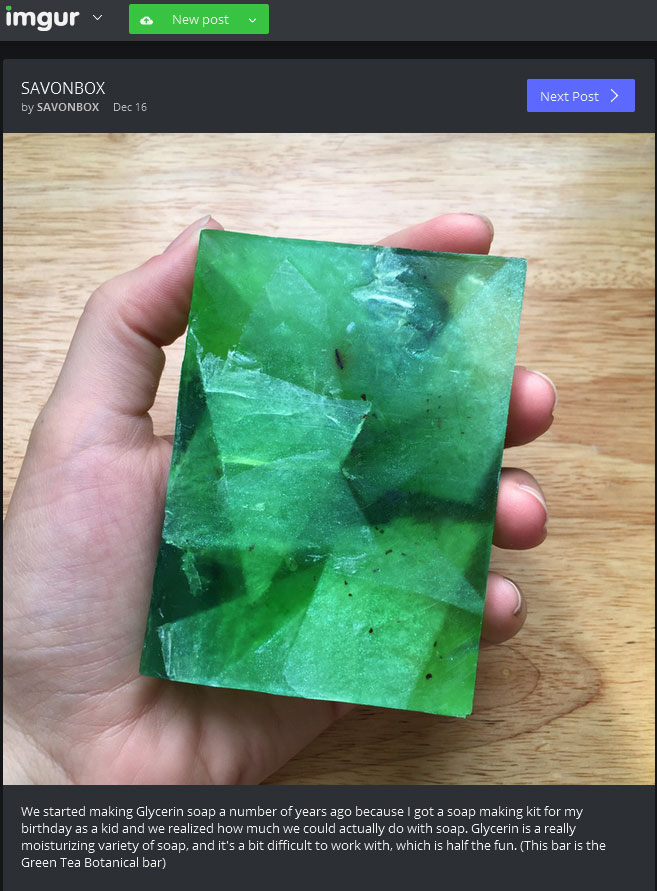 After her Imgur page went live, she made her first attempt to post on Reddit at 11am Eastern Time on Wednesday.

She deleted the post and made a second attempt.

This time, she posted at 4:30pm Eastern Time on the same day.

Her goal was to catch the east coasters on their commute home, and be on the front page for the west-coasters.

Usually 5-10 early upvotes is enough to push a new post up to a good start.

So, if you post at the right time of day – when most of the people in your subreddit are in front of their screen/cell phone – and if your link is enticing enough to invite eyeballs, you have a great potential to make it to the top of the front page.

For a new post, the first 5-10 upvotes are crucial.

A post that receives its first 5-10 upvotes within a couple of minutes outweighs the next 100 upvotes.

To ensure her 2nd post got the early upvotes the post required to make the front page, Chloe used a couple of ghost accounts she had registered to give her post the initial boost it needed before the organic upvotes kicked in. 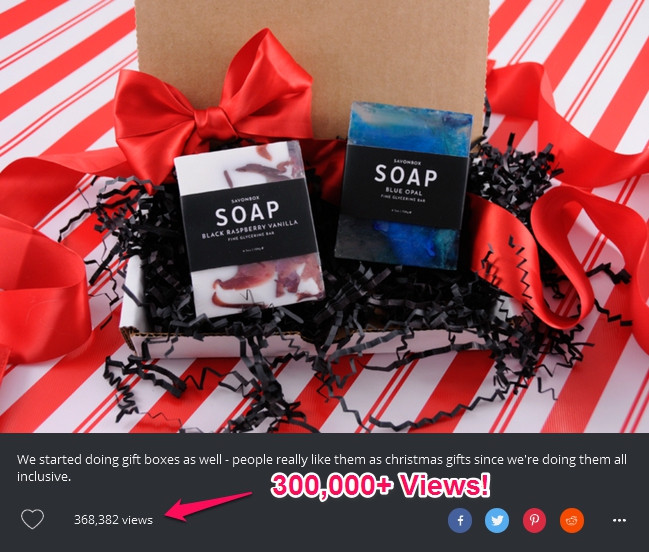 According to Chloe, thanks to the traffic spike, within 36 hours she had over 10,000 visitors to her website and made a solid 5 figure revenue.

When the orders surged in, she was getting like 5 to 7 orders a minute. And she had an entire mail truck to ship her launch orders.

Over the next couple of weeks, the orders continued coming in, including orders from returning customers.

A month later, Chloe was caught using a couple of alternate accounts to give her post the boost she needed.

The traffic from Reddit gradually died out following that ban.

When they see multiple accounts used for vote manipulation, and probably only logged into for the sole purpose if voting, they take action against the main account.

Multiple accounts used by the same IP are tracked down real fast these days.

A more advanced way of slowing down their system is by registering and logging in to ghost accounts using a virtual private network (VPN)… which Chloe did.

But even that gets tracked down sooner or later.

Despite being banned a month later, Chloe successfully got the kick start she needed to launch her business without spending money for advertising.

There was nothing to lose on her part as Reddit isn’t a part of her long-term traffic channel plan.

With the money she made, she can invest on more long-term traffic sources like paid ads and search engine traffic which doesn’t solely rely on a one-time spike.

Reddit is a giant and it owns many millions of pageviews every single day.

The traffic bump technique Chloe used to game their upvote system takes place every day and a lot of marketers use it to their advantage.

It’s tempting to a lot of people as it does work.

It’s just that, when it fires back, a marketer runs the risk of having their Reddit account and domain name banned.

Should you do it?

I have no straight answer for that. It all depends on how you want to plan your long-term traffic strategy.

Obviously, if your growth is relying a lot on Reddit traffic, comply as much as you can to whatever rules Reddit lays down.

If Reddit traffic isn’t one of the core parts of your growth strategy, Chloe’s experience can be an option for you.

If so, what’s your experience on using Reddit as a traffic strategy for your business?

I want to hear from you in the comment below!